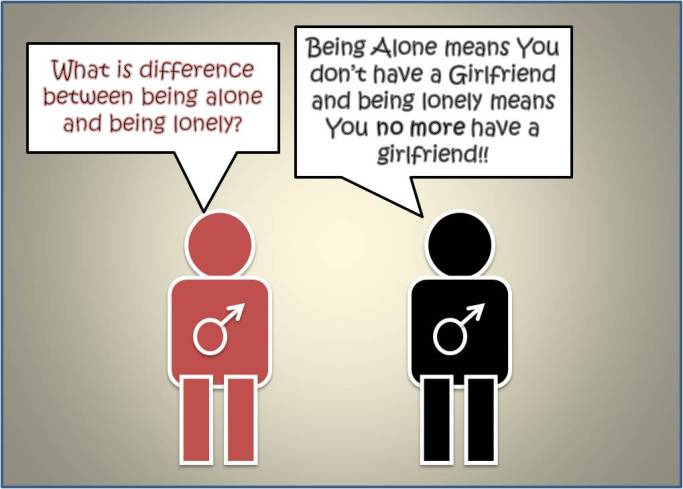 Sometimes asking stupid questions can introduce you to stupid answers.  😀  😀

Women always tell every man who will listen that they are not less than them in any field.

But I feel otherwise!! Women just say they are this and that. I dare to say that women are not equal to men everywhere. Not that men dominate them. Its the women who falsify their own claims by their own actions. 😀

Women try to get favors by using this gender bias and stuff. They are usually very stupid favors like getting a seat in crowded bus, getting window seat, getting in front of some line before men, asking male friends to do simple things like booking tickets and many more.

These are simple things, I agree. But these contribute towards male mentality. These stupid incidents water the seeds of thoughts like women are weak, they need men to do most of the things and much more.

So when suddenly women claim that they are not to be called weak in any way, men find it stupid. I am not justifying thoughts and actions of men here, I just want to say that every coin has two sides.

You want funny examples?? There are many.

In any software company, find a boy who is not irritated by his Girl colleagues and I will sponsor a coffee for both of you. 😀

Most of the girls are technically ignorant or incompetent or simply they are unwilling to do/learn any new thing. I know there are many expert women around and I respect them, but majority of girls/women I met are what I claim.

They always ask silliest queries in the world. They need someone to show where the address book in their mailbox is.
They need someone to configure the proxy in IE6.
They think “tabs” in Firefox are stupid and useless.
They need someone to locate the Login button on their internet banking site.
They need someone to open the  “My Computer” for them if there is no icon on desktop.
They get irritated by pop up alerts or windows with more than one option (e.g. Continue, Finish, Cancel) so they just click on “X” in the top right corner of whatever window that appears (and that too without reading a word on it).
They need one or two weeks to believe that Picasa software just shwos images on your harddisk and does not “store” images in itself.  😀

In 4 years of Computer Engineering, most of girls have never heard of RAM, Motherboard, modem. They know what is a hard-disk (“we store things in it, don’t we?”) but have never seen how it looks.

(A note to boys: Believe me guys, it does not matter if you do not know the Geeky things boys are always excited about. That does not make any difference. You cna still work in software industry without it)

Sounds stupid ranting eh? I know I have not given much impressive examples but you will understand when you face something like this everyday. Only thing that makes me angry is, their refusal to learn things. If you are an Engineer and you say you are a equal to every other male engineer then act like you speak.

Most of boys around me agree that if they try teaching any simple stupid thing to a girl who asks for help, she simply refuses to learn claiming that it makes her head ache or it boring or its not her cup of tea or something like that. And she will call again for same thing after some time but still claim that its “boys type” of thing and she won’t learn it.

And some wonder why girls get more salary than their “equal” male colleagues. I guess it is because of some tax benefit rule in India. Some think that if they claim to be equal, then why they get even 100 bucks tax benefit extra just for being girl? (I am not sure about this tax rule though)

Whole point of writing this stupid rant is to wake women up.

If you claim that you work shoulder to shoulder with men then do it in reality as well. Don’t just use your rights to always get a window seat in bus or something more stupid.

If this sounds sexist to anyone, I request that please read the post again. I am not against women being equals, I just want them to be competent as they claim.

(I am too bored to look bacl at the post. So if there are mistakes, I will correct them latter 😀 ) 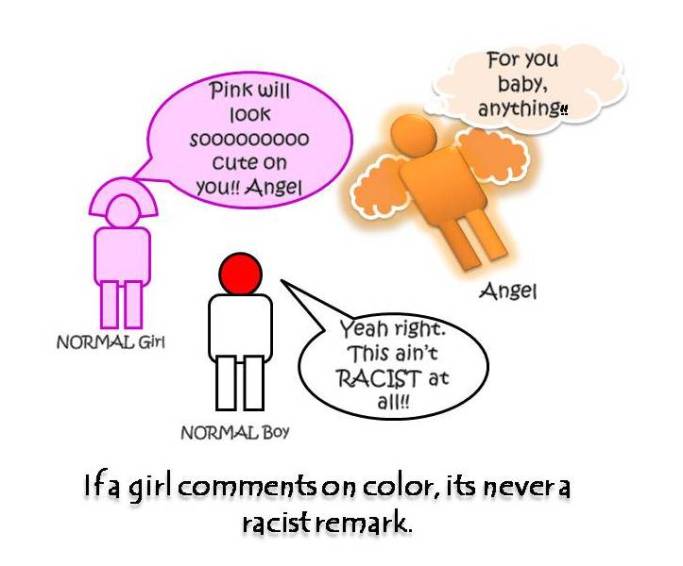 Just another guy trying to share his thoughts with others.
I write about my life... things I see... things I feel... movie reviews... photos... everything I feel like writing about...
Started as a casual reader of blogs, somewhere I felt that I should also have a blog... and here I am... not that I achieved a great success as blogger(it was never the intent) but I made a lot of friends here... So if you just stumbled upon my blog... or you are an old friend... please drop a comment and get in touch :)
-Cheers
Sudarshan